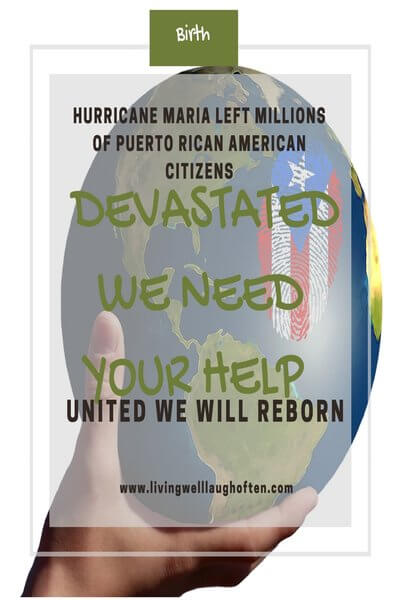 Here you will be able to find some valuable information on various topics that would help you make some wise decisions in regards of donating to Puerto Rican American citizens after hurricane Maria devastated the whole island. Millions of Americans citizens need your help. Even if it’s a small amount anything can help to transform and change many lives. Today for the Puerto Ricans tomorrow it can be for you. Remember no one has become poor from giving because God will make a way when there seems to be no way Philippians 4:13.  Here I will inform you about the following:

In 1917 under the administration of President Woodrow Wilson Puerto Rico became the territory of the United States making residents citizens.

Did you know that more than 200,000 Puerto Rican Soldiers gave their lives for the nation?

Yes, that is right more than 200,000 Puerto Rican soldiers serve in the U.S Armed forces since World War I.

For 70 years on the Island of Viequez and Culebra, the National Guard practiced and contaminated the water leaving many people with Cancerous diseases along with Parkinson and others.

Did you know the United States controls everything from the exterior?

The United States controls everything from the immigration, Postal Service, banks, money, radio, television, commerce, military laws, transportation and more. However, the Puerto Rican people are not allowed to vote for the President during elections for the president of the United States.

The Johnson Act established in 1920 and Puerto Rico debt.

In 1921 the Johnson Act was established, which states that all shipload entering or exiting the island must be American as well as the tribulation. It is a disadvantage for all the neighbor Virgin Islands, since Puerto Rico has to pay higher costs to import goods, therefore, making what Puerto Rico consumes or sales be more expensive. Finally, Puerto Rico is unable to compete with global market due to the Johnson Act.

Corruption of politics added to the debt, yet corruption exists in the whole world. The independent federal legal condition permits the bonus that the government of Puerto Rico issues extensive of taxes which is more attractive for investors.

From 1920 to 2015 the Johnson Act costs us 75.8 billion of dollars. Therefore, what has been paid in market import is more than the debt. The United States opposed to granting the protection of chapter 9 yet American municipalities who did not pay their bonus for the years. Puerto Rico is a small country compared to others, yet it is a big country by heart and strength. We received and housed for all the needed people despite the current condition.

In 2015 there was an increase of the retirement plan by increasing the gasoline, water, electricity tuition, the tax to 11.5% among other things. Hundreds of public employees were dismissed from work drastically to be able to pay for the debt. Yet it was not enough to pay for just the interest on the debt and not for the actual debt itself. Unemployment broke the records and some to keep caring for their loved ones had to explore new places in the United States.

Another reason some Puerto Rican went to the United States was for a better health treatment, leaving behind their native home, family, friends, and even the culture. Even though most did not know the English language fluently they continue to move ahead with their goal for a better future.

Hurricane María has destroyed Puerto Rico with 100 percent loss of communication, water, electricity. There are so many families that have lost everything with flooding, people had to go on the roof and just wait to be rescued. These people have been moved to shelters and they must sleep in the floors with the hot temperatures. Children, Adults, and Elders are suffering from the supplies that they saved for the hurricane aftermath but others have even lost the little items they saved. Thank God these people are still alive. Rick Jervis, from USA TODAY, informs about the FEMA team and

“Schoenberger, who rescued Houston flood victims during Harvey, said Puerto Rico’s destruction is unique in how a lack of communication has gripped the entire island – and how the storm impacted essentially every corner of the U.S. territory.

“This disaster is as big as this island, end to end,” he said. “There is no safe haven.”

I waited four of the longest days to hear from my grandmother and brother in Puerto Rico. My brother had to travel the blocked roads stopping frequently to cut the trees on the road and move them aside until he arrived by a phone tower to communicate with the family. My brother, grandparents, and a cousin are safe from Garrochales and Camuy, Puerto Rico. According to my grandmother, her house was trembling that is made of concrete with a concrete roof just an idea of the strength of the hurricane. My brother informs me that the power lines are on the floor and roads are blocked by trees.

However, there are many other families who live in the USA who are unable to communicate with their loved ones and don’t know whether they are safe yet as of today.

Where to donate effectively:

To reconstruct, rebuild, reinvent, resilience to push on if not with our bodies, but with our hearts and souls and help with anything. We have a country to raise and reconstruct and we ask for your help to provide only positive energy and any support that comes truly from your heart.

How to help Puerto Rico

I am a low-income person yet I went to Aldi store on Saturday and bought $40 dollars’ worth of water cases. Prayed that at least one bottle would arrive at my loving family and people in need with all my heart. Next month I plan to donate some more goods. How do I feel after me and my husband donated the water? I felt so happy that I was able to make a difference in someone’s life in Puerto Rico our native land where we were born and raised. Isaiah 58:10 And if you give yourself to the hungry And satisfy the desire of the afflicted, Then your light will rise in darkness And your gloom will become like midday. Then I went drop it off at:

There are more locations contact 311 for locations in your local area. If there is no location in your area gathering essential items I encourage you to start one today.

The first lady Beatriz Rosello is collaborating to support and aid the affected in Puerto Rico. One hundred percent of donations goes towards the hurricane relief directly for Puerto Rico only.

These are created by people and while some might have a good cause I am not sure if they have the capabilities and connection to help the people in need today.

The mission is to feed the hungry Americans through nationwide network banks. However, keep in mind they do not only help Puerto Rico but many, many other places in the United States.

Red Cross responds to an emergency; however, the donations would not go directly to Puerto Rico only, these are split for administration among other places in the United States.

Provides food, and supplies to multiple places. However, the donations do not go only for Puerto Rico but for many other places in the United States.

While the Postal Service is not working yet, you can buy items and send them directly to your loved one home address. Here are some items you can consider sending:

(Click the image for more information)
Filters water up to 1000 liters and do not require batteries. The person would be able to drink directly from the source as it filters at the same time.

(Click the image for more information)
Water in pouches to last 72 hours only.

(Click the image for more information)
Avoid mosquito bites when sleeping at night. For those that lost everything, they can sleep without being bitten from mosquitos. Or perhaps for the people going to help they at least have a place to sleep. Despite the fact that might not be the most comfortable bed.

(Click the image for more information)
Rechargeable in the daylight by the sun.

(Click the image for more information)
There is no need for batteries or liquid canisters, it works with wood so that you will be able to cook.

(Click the image for more information)
Set of three pots that work with the portable stove above.

(Click the image for more information)
Waterproof, fire starter with a whistle for an emergency.

(Click the image for more information)
A backpack that contains gourmet food supply for 5 days.

(Click the image for more information)
Purchase grocery or needed items for your family in Puerto Rico. However, the store pickup in Puerto Rico is not available. Therefore you can buy the items and send them via Postal Service. Another option is to send Walmart money to Puerto Rico which is a service that is available. This is only possible if you have communication with your loved ones.

I hope this information helps you decide on the best support that you can provide to Puerto Rican citizens of the United States of America during the disaster that affected and continues to affect as days pass by even more. May God shine the light while you decide how or where you can put your little sand grain to help millions that depend on you in the name of God Amen. Remember to do your research and find out the name of the charity, or organization complete address, phone number, and email. Save the receipt for your own records since donations you give or items you purchase can be claimed on the tax return in the beginning of next year, and earn some income refund. The References I used to gather all the information to the best of my capability remember I am also a human being and I am doing the best I can in my hands. If you have any suggestions or want to add some information please comment below or contact me here. Remember to share the post so that others can also help we are a family, we all are made equally in the image and similarity of God. 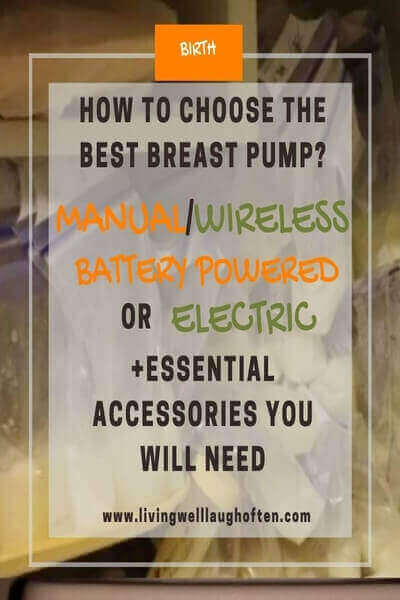 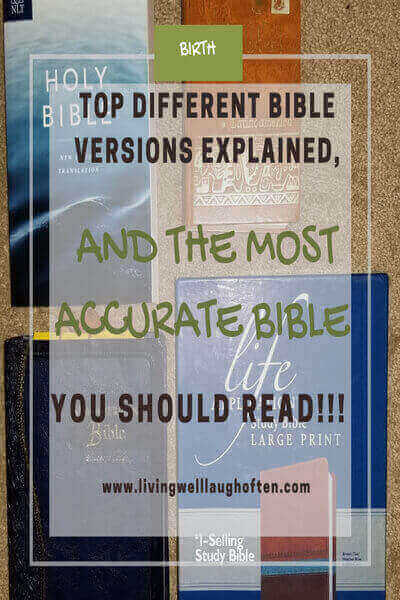 Bible versions explained so that buying a Bible would not have to be so difficult for you. When you go online to search for a bible all the options out there are endless but finally you will understand the differences. There are so many different versions, with or without dictionaries, concordance, maps and more. Perhaps… 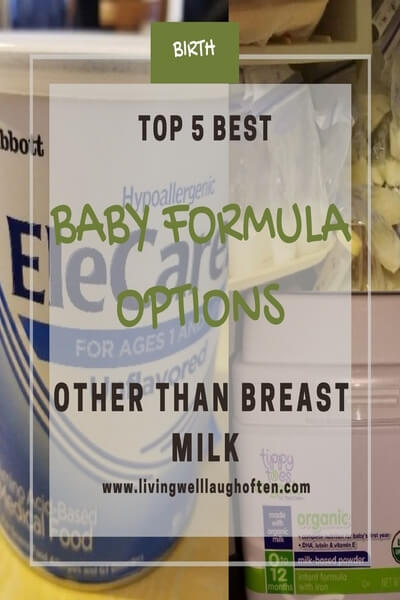 Top 5 Best Baby Formula Options Other Than Breast Milk Breast milk is best but the truth is that not everyone chooses to breastfeed their little ones. Do not feel sad because you were not able to breastfeed your baby you are a great mother. Dear mom your little one needs you to feel strong… 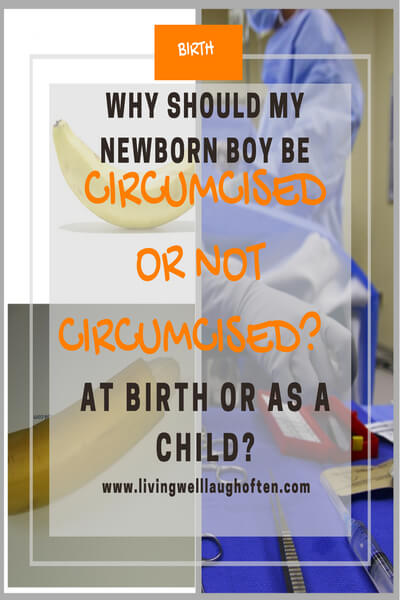 Why Should My Newborn Boy Penis Foreskin Be Circumcised or Not Circumcised? At Birth, as a Child or as an Adult? The last thing on my mind was to have my son circumcised since I always pulled the skin of the penis from the head to the glands when I bathed my son since he…